Model Market is the biggest thing to happen to Lewisham since … well … since ever really!

Now in its third year, the novelty of having such a fantastic event on our doorstep has still not worn off for En Brogue and I. And this year we get to introduce Grenson to the market vibe. For praise be, it’s dog friendly! Whoop! 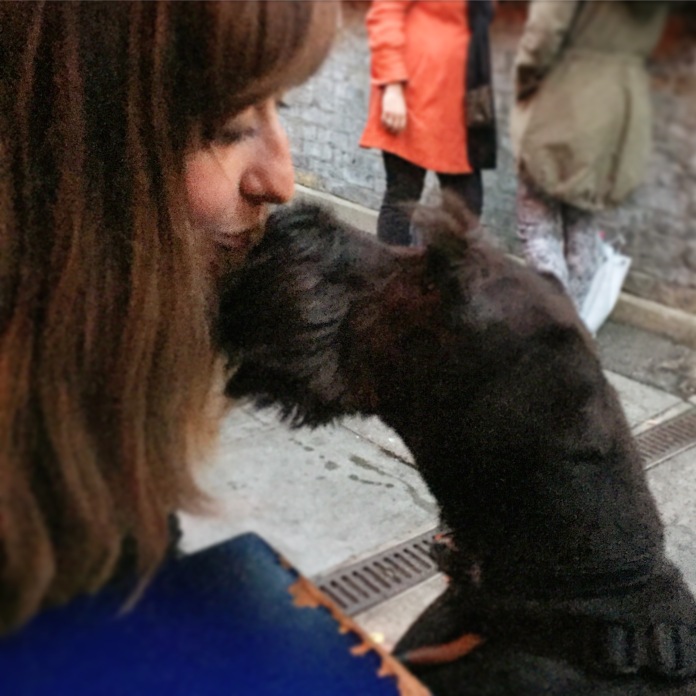 It’s run by the guys at Street Feast so if you’ve been to their Dalston Yard, Dinerama or Hawker House sites, then you’ll know what to expect from Model Market – tasty beers, super tasty cocktails and super super tasty food from the various street food vendors filling the stalls around the market. All of this is served up in an atmosphere of pure cool (I know. There is that word again! – see YDBMF post for in-joke details).

What makes Model Market a particular favourite of mine is the fact that it is situated in an old abandoned 1950s market. I love that you can still see the old signs for electronics stalls or hairdressers alongside the modern signs advertising the street food on offer. It’s nice to be able to see a bit of the venue’s history, rather than having it all ripped out and the whole place sanitised. It also makes you feel very much like this is an organic event that has sprung up from the weeds to transform this previously abandoned and unloved site.

I’m also pretty partial to the fact that it is just down the road from my house!

The temporary nature of the whole experience is also enhanced by the fact that it doesn’t hang around for long. It’s open Fridays and Saturdays, 5pm to 1am (£3 after 7pm but free beforehand) for the few short months of the British summer time. It washes in like the tide, blooms for the summer and then is extinguished in time for winter (I’m throwing in mixed metaphors now for fun – see YDBMF post for in-joke details).

The only problem with a visit to Model Market is that you may well find it very difficult to decide which one of the amazing aromas to follow to find your dinner. The choice can be overwhelming! You may find that you have to keep going back for more. After all, it’s only fair that you spread the love. Last night, after much deliberation (and libation) En Brogue and I opted for some burger action from Mother Flipper .

Holy Moly! By rights you should really have a shower after eating the candy bacon, it’s so damned deliciously filthy!

As for Grenson, what did he think of his first visit to Model Market? Well lets just say that during his time there he had approximately 15,678 attractive young ladies (and men for that matter) come over to him and give him a cuddle! One of his favourite nights ever I think.

We’ll be back again soon.