Apparently this is a ‘thing’ at the moment. Blame @enbrogue for this, I don’t understand! 😂

We went ‘up west’ last week for a night out. Grenson and I had been into central London before, but this was our first real night out in the big city. And what a night we had planned!

En Brogue did a brilliant interview recently with The Honey Hunter (which involved quite a lot of the sticky stuff tasting … and by the way honey and cheese is a brilliant combination, you should try it!). She then wrote a whole piece about bees and honey for the September issue of Instyle magazine. As a result she’s become a bit of a crusader for the little stripy fellas.

So when the opportunity to attend the opening of a new exhibition by Jessica Albarn at the Lawrence Alkin Gallery  that was centred all around bees fell on her desk, she jumped at the invite. (The fact that her teenage heroes Damon Albarn and Graham Coxon were also likely to be there was just a bonus really). Add to this the fact that they said that it was ok to bring along Grenson and there was no stopping us.

And what a fantastic exhibition it was. There really were some beautiful pieces on show, from large interactive artworks to intricate little pencil drawings. And what a great theme. Think about it: bees are great. They make honey for flips’ sake. Imagine if flies started producing marmite, or moths came out with their own range of marmalade?! We’d think they were awesome and do everything to encourage them. Bees make honey, honey is delicious. Let’s save bees!

The exhibition goes on until 24th September, if you get a chance I highly recommend that you take a look.

After this we needed food. We’d heard that a local Soho institution was super dog friendly, and we were keen to put this to the test. So we headed over to Greek Street and the oldest French restaurant in London, L’Escargot.

If you’ve never been, then let me tell you that L’Escargot is pretty special. Step inside and you totally understand that the claim to be the oldest and most celebrated French restaurant in London is no empty boast. It is oozing sophisticated chic French style. 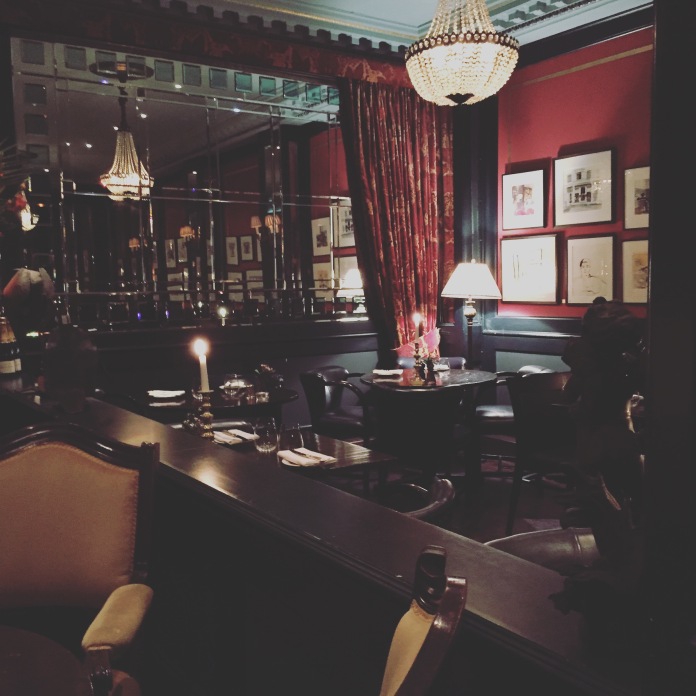 The thought that this place would allow us to dine with Grenson under the table seemed a bit unlikely to me. However, as with the French in general it seems, they truly are les amis du chien! Within minutes of us being seated a big bowl of water arrived for Grenson (in fact I think he got his water before we did!).

It’s a beautiful building and a refined atmosphere, and the food is great too. There was no way I was dining at L’Escargot and not having the l’escargot. That would be ridiculous. 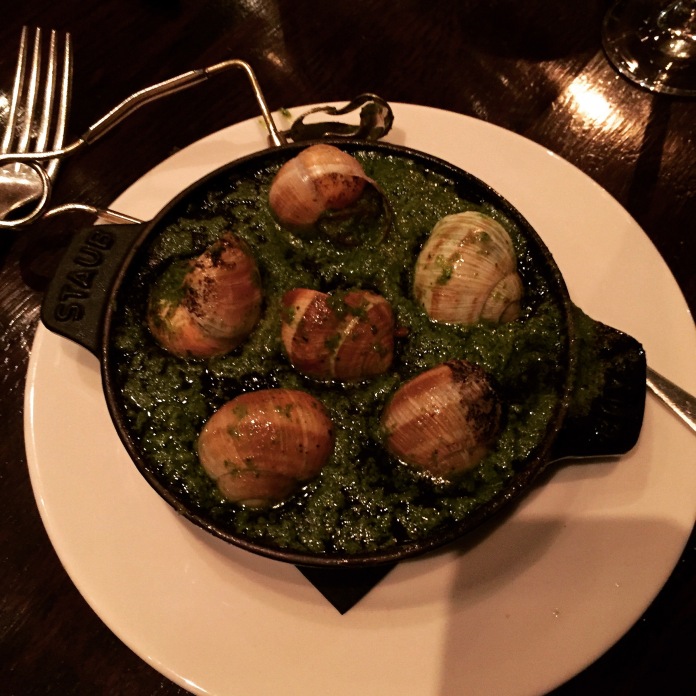 Verdict: hmmmm, not sure. My brain kind of expects them to taste of the sea, like whelks or some other shellfish. Instead they kind of taste more … earthy. I ate them all though and enjoyed them … in a weird way. There was no weirdness about my enjoyment of the parsley and garlic sauce that they were served in however. Absolutely delicious!

The rest of the meal avoided any weirdness and instead just stayed with the delicious vibe. At the end of the night we waddled out, unable to fit another thing in. The dishes aren’t huge but they are so rich in flavour they may require you to rush home quickly to put on your tracksuit bottoms.

So there you have it, art, Blur, bees, snails that aren’t fishy, and finishing it all off in your trackie bums. Just your average fantastic night up west really. 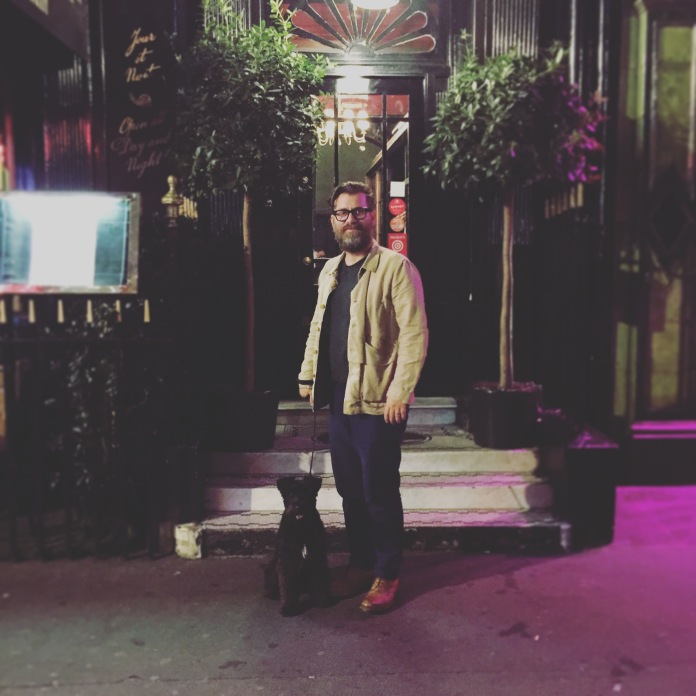